Law enforcement on lookout for suspects in catalytic converter thefts 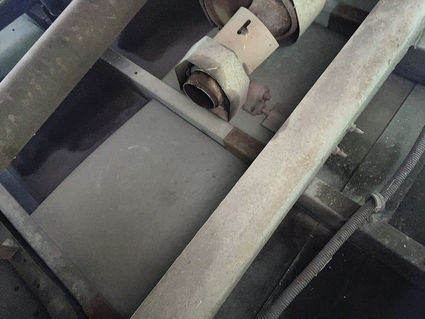 THE EXHAUST system on a van at Sunshine Industries is missing the catalytic converter, center, after thieves cut it out.

That's because the area is experiencing unusually high rates of catalytic converter thefts.

Four thefts have already occurred in 2021 in Sweet Home and two others were reported since Feb. 1 outside the city limits. Three of those in town were single-vehicle thefts, while one instance involved four vehicles owned by Sunshine Industries.

One theft occurred in a resident's driveway, while another happened at Sweet Home High School. Anot...