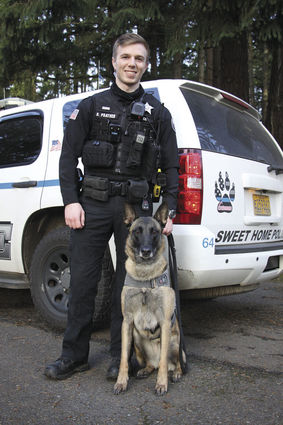 Gemma, an 8-year-old Belgian Malinois, has been a drug-sniffing dog for the Sweet Home Police Department for nearly 3 years.

But as of Feb. 1, Gemma has a new handler, along with a new home.

Gemma has moved into the home of Prather, who already has a Belgian malinois and German shepherd of his own.

Gemma has had a smooth transition to her new home.