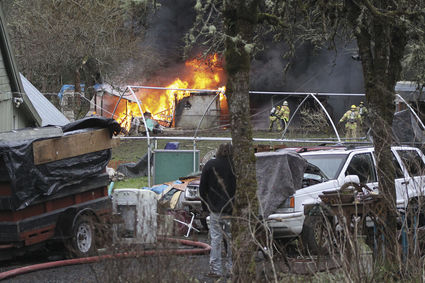 The first, near the corner of 38th Avenue and Long Street, broke out Wednesday morning, Feb. 17, in a detached garage on a lot where a previous blaze had destroyed most of the house on Aug. 25, 2020.

"It was the same structure where there was the previous fire," said Sweet Home Fire and Ambulance District Chief Dave Barringer. He said firefighters got the first call at 10:29 a.m.

"It started as a small, miscellaneous fire, then was upgraded to a structure fire," Barringer said.

Two engines responded but only one was u...