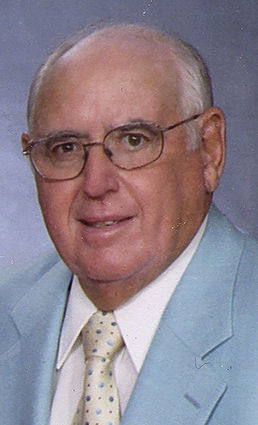 John grew up in several towns around the Lancaster, Pa., area.

John worked as an office manager and a weigh master for Martin's Limestone, his father-in-law's stone business. He was active in Bethany Mennonite Church and the Lions Club.

John spent most of his free time going to his children's sporting events.

He retired in December 1990, and John and Mary Ann then moved to Sarasota, Fla., where they enjoyed golfing and playing cards and games with their friends.

He was an active member of Bahia Vista Mennonite Church, where he sang in the choir. They also spent their summers traveling the country visiting their children and grandchildren.

In July 2018, they moved to Sweet Home, where he attended River of Life Fellowship until his death.

John was a kind-hearted man who always had a smile on his face. The constants in his life were his commitment to Jesus Christ and his deep love for his family. He was the last remaining sibling in a very large family.

Memorial contributions in John's memory can be made at a charity of the donor's choice.