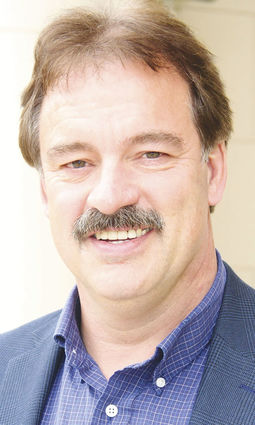 John Lindsey, the longest-tenured member of the Linn County Board of Commissioners, died early Tuesday, March 9, of cancer-related causes.

Lindsey, 54, was midway through his sixth, four-year term in office.

Lindsey was a Lebanon High School graduate and lived south of Lebanon. He served in the U.S. Navy and worked in the refrigeration industry before being elected to represent Position 1 on the Board of Commissioners in 1998.

A moment of silence was observed in Lindsey's honor to start the Board of Commissioners' meeting Tuesday.

"I served with John for 20 years and at times the passion in the room was through the roof, but in the end it always worked out," said Board Chair Roger Nyquist. "John accomplished a lot in his time as a Linn County Commissioner. The great thing about John was he never held grudges and he had a great sense of humor. He cared deeply about our communities and I will miss him."

Fellow Commissioner Sherrie Sprenger said Lindsey was, "fiercely committed to his ideals and to Linn County."

County Clerk Steve Druckenmiller said he and Lindsey were close friends for many years.

"John was a warrior. You always knew where you stood with John because he would tell you," Druckenmiller said. "He dearly loved Linn County and our country. If you had John as a friend, it's as good as you could get in life, because he always had your back. He was an honest and decent guy."

Druckenmiller added, "I'm sure that heaven today is a much noisier place because my friend John Lindsey is there."

Lindsey was especially proud of the county's successful involvement in a $1 billion breach of contract lawsuit in 2019 against the Oregon Department of Forestry and the $25 million intermodal transportation hub that will soon be constructed in Millersburg.

Lindsey was also proud that the commissioners have supported economic development projects that have resulted in numerous jobs throughout the county and most recently, the county's role in providing economic assistance to businesses affected by the COVID-19 pandemic.

He strongly believed in the county's response to the pandemic and the county's support of testing programs in area congregate homes and mass testing and vaccination clinics at the Linn County Fair & Expo Center.

The Board of Commissioners will select Lindsey's successor from a list of names provided by the Linn County Republican Party. Two years remain on Lindsey's term.