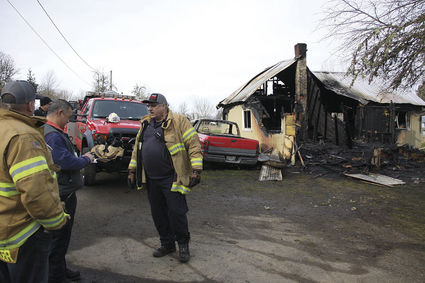 Fire destroyed a house near the intersection of Riggs Hill Road and Highway 20 early Thursday, March 4.

The blaze was reported at 4:04 a.m., said Fire Chief Dave Barringer of the Sweet Home Fire and Ambulance District.

"It was what we call a 'defensive attack,' initially," he said, adding that they put it out with water.

Initially, the occupant of the home could not be located, officials said, and there...