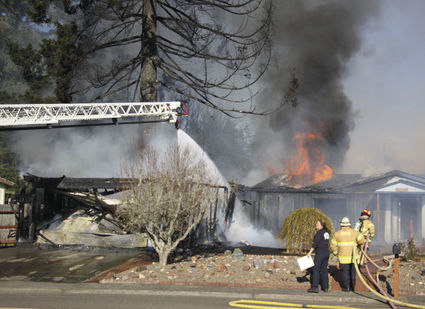 A car fire ignited a garage and moved to a house on 41st Avenue Wednesday afternoon, March 17, prompting a two-alarm response from the Sweet Home Fire and Ambulance District and causing a "total loss," Fire Chief Dave Barringer said.

"Basically, there was a car fire in the garage that extended to a porch structure, which was attached to the house," he said, adding that firefighters were able to save some things from the home, at 1545 41st Ave., owned by Raymond Maynard and his wife, whose name Barringer said was not available. The house would end up totaled, he said.