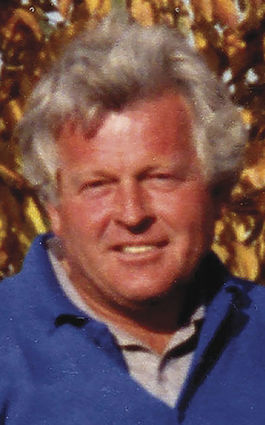 He resided in Bend with his family until they moved to Albany in 1985, living there for 17 years.

Larry was a man of faith who was a devoted loving caring husband and father.

He gave his all to his family and friends. He enjoyed playing music, hunting, computers and playing golf.

He had a charismatic personality and loved to visit with people, while adding a good joke or two in the conversation to bring a smile and laughter.

Other close relatives were Lee and Claudine Clinton (deceased) and their children, La Rae, Dan, Tim and Kimberly; along with his brother-in-law Richard Newman, and his daughter Britney.

Larry was preceded in death by his parents, Kathleen and Glenn Porter; and brothers Garry, Denny and Roger Dale Porter.

Larry will be sorely missed by his family and friends.

A Celebration of Life will be held at 2 p.m. Sunday, March 28, at Faith Christian Center (known in the 1970s as the Assembly of God) on Greenwood and 1049 NE 11th St. Bend. Please join us to celebrate this wonderful man and his life.