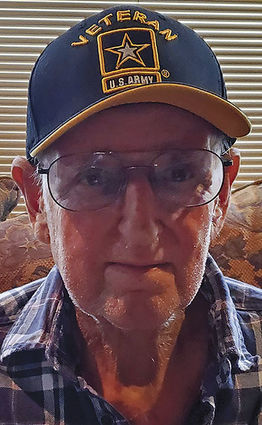 Michael Lewis Garber, 76, of Lebanon, passed away peacefully at his home on March 17, 2021 of cirrhosis of the liver.

OHSU doctors in Portland told Mike he was a challenge. He did not meet the criteria for liver disease.

He was born June 3, 1944 in Lebanon to Wayne Ivan and Edna Lenore (Morehead) Garber.

He was drafted soon after high school and served in the United States Army from 1967 to 1969. He was sent to Korea on the DM2 zone.

After his discharge he had fun driving his Corvette and red T-Bird. He went to the Indy 500 car race, where he had pictures taken by A.J. Foyt and Bobbie Unser who won the race that year.

Michael met Pamela McCormick in 1969 and soon married her. Mike and Pam recently cele-brated their 52nd anniversary. They raised two children in Lebanon.

He worked at Willamette Industries and Weyerhaeuser in Foster for 47 years.

Michael was a volunteer fireman for the Fairview Sub-Station in Lebanon. He was the captain at the firehouse for 31 years.

He also delivered Meals on Wheels for several years.

Michael walked down the Grand Canyon and stayed a night at the Phantom Ranch.

He also bowled on a Lebanon team for many years. Some of you have probably seen him walking on Highway 20, getting in his three miles every day until his illness.

Michael and Pam were members of the Church of Christ on 18th and Long for many years.

They were currently attending Riverside Christian Church in Sweet Home.

Michael loved his grandchildren very much. He enjoyed camping at the coast and River Bend with them, along with Tina and Matt. He also went on several school field trips. Having the grandkids spend the night was his favorite.

He and Pam loved traveling to Alaska and many other parts of the United States. The Caribbean was their favorite and they traveled there many times. Michael also won a trip to the Super Bowl from Thriftway Grocery in Sweet Home many years ago.

Michael was a devoted husband, father and papa. He loved his family very much. He will be dearly missed by his family.

He was preceded in death by his parents and infant sister, Marjorie Lou.

A graveside service with military honors was held March 23 at Gilliland Cemetery.