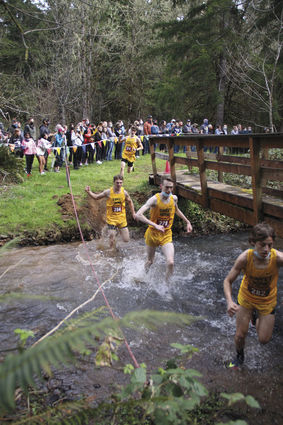 The girls were fifth as a team, as senior Jessy Hart finished sixth.