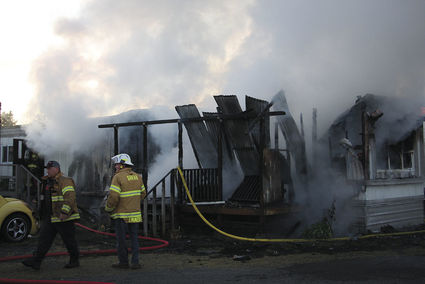 The 911 callers reported that the fire began on the front porch, but had spread to the home while they were making the call, Chief Dave Barringer said. The single occupant of the home, Lynette Peterson, was awakened by her smoke detectors, which...