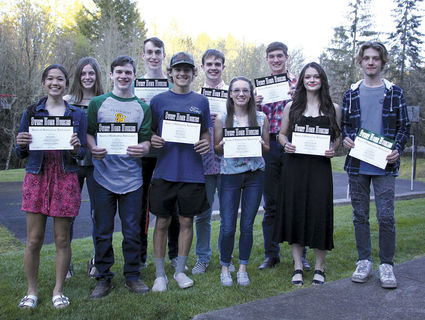 Seniors Jessy Hart and Treyson Smith were named Most Valuable Runners for the Sweet Home cross-country team at its awards event Thursday, April 15, at the Community Chapel youth barn.

Coach Kambria Schumacher introduced Hart, saying she was "a joy to work with" throughout her four-year career at Sweet Home.

"She works hard, she doesn't complain," Schumacher said, noting that training for the sport involves hard workouts that include hill runs and temperatures that can be hot or cold."

She noted earlier that Hart just missed the state meet in "a spectacular race."