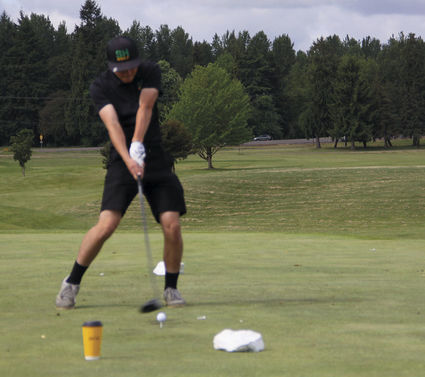 Juniors Carson Perry and Joseph Hiemenz played in the 4A boys championship 18-hole round, and Maren Weld played in the girls', both held at Trysting Tree in Corvallis.