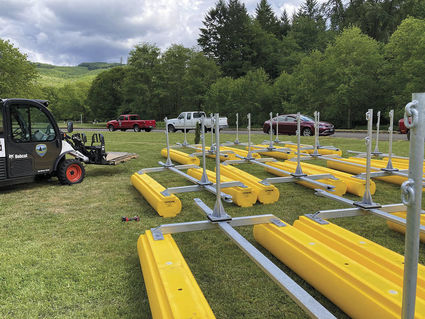 The county decided to install the barriers last year after two 6-year-old children were struck while swimming in that location by a runaway personal watercraft.

One, Zach Maynard, later died in a Portland hospital of his injuries. Kennedy Swenson was seriously injured but survived, after suffering multiple broken bones and dental injuries.