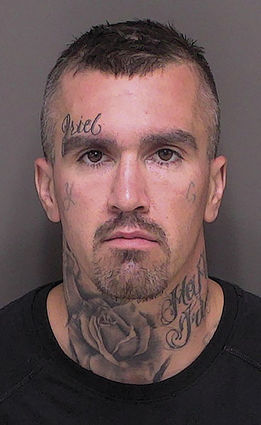 A man who had gotten into trouble on North River Drive earlier in the day was arrested Tuesday afternoon, June 15, after he fled Sheriff's deputies off Rock Hill Road, south of Lebanon, and climbed into a tree, Linn County Sheriff Jim Yon said.

Earlier in the day, according to Sheriff's logs, Ames was trespassed by a deputy from a property in the 42400 block of North River Drive. He reportedly fled the area the area in a green Mustang.