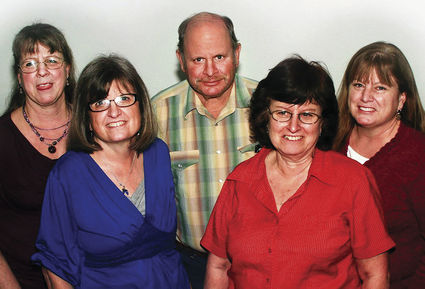 Ana Marie Morgan, 72, of Sweet Home and of Salem, died as the result of an unexpected heart attack on June 8, 2021.

She was the oldest of five children.

The family lived in Caruthers, Calif., in Fresno County, where her father was a cattleman and her mother a housewife.

The family moved to various locations west of the Mississippi River, including Paul, Idaho, and Iowa, where she attended a one-room schoolhouse. The family finally settled on a farm in Basin City, Wash., when she was in the fifth grade.

She met and fell in love with Ronald H. Morgan, who delivered newspapers to her home. He said he began attending her church so he could spend more time with Mrs. Morgan. They married on June 17, 1967 prior to Mr. Morgan's service in Vietnam, during which she attended Eastern Washington State University in Cheney, Wash.

After Mr. Morgan returned from Vietnam, Mrs. Morgan and he were stationed at Ft. Carson, Colo .; Presidio of Monterey, Calif .; and San Angelo, Texas.

While in California, their son, Sean C. Morgan, was born at Ft. Ord in 1971. Afterward, the family was stationed in West Berlin, Germany, where the family lived within a 5-minute walk of the Berlin Wall. Their daughter, Sonja Michelle Morgan, was born in Berlin in 1972.

In Salem, she began teaching kindergarten for Salem Private School in a classroom hosted by Faith Baptist Church. She later served as a teacher at Victory Baptist Church in Keizer, where her children attended school. She continued to teach in her children's schools through 1984. She home-schooled her children the next year before she quit teaching.

Afterward, Mrs. Morgan built a successful Avon business, which she operated for more than a decade, earning numerous sales awards. Then she went to work for the Oregon Department of Human Services, running background checks on persons applying for jobs at care facilities for senior citizens. She retired in 2008.

The Morgans moved to their current home off the Aumsville Highway in 1991. In May, they purchased a new house in Sweet Home to be closer to family. After the purchase, they were warmly welcomed to the community by Mike and Patsy Cirillo, forming a friendship with them. The Morgans had just started the process of packing and moving at the beginning of June.

Mrs. Morgan loved God with all her heart. She credited God for the numerous blessings in her life, primarily her family and her church.

While she found it difficult to leave her large and loving church family at Faith Baptist Church, where the family began attending about 35 years ago, she believed God had orchestrated the move to Sweet Home.

She said God opened the doors. It was His will, and the move would serve His purposes. She was excited about it, and she joyfully looked forward to moving with her husband and beginning a new chapter in their lives.

Mrs. Morgan shared God's love with everyone. Like her father, God had given her a gift. She made friends easily and often, and God's love shone through her onto each of these folks. She served as a rock for many who were in distress.

A prayer warrior, she kept a journal where she kept track of what was going on among the members of her vast extended family, her friends and her church family, along with their friends and families. She prayed faithfully for them and for the missionaries supported by her church and relished their periodic visits to the church to report on their work.

This vast network of individuals has reciprocated her kindness in support of her family since her death. The members of her family wish to express their deepest gratitude for the unbounded support and kindness so many of them have offered and given freely during the past few days, including members of both her communities – in Sweet Home and Salem.

Mrs. Morgan is survived by her husband of nearly 54 years, Ronald H. Morgan of Sweet Home and formerly of Salem.

She is survived by seven grandchildren, including Amel Ntmark of Seattle, Wash .; Elise-Michelle Ntmark of London, England; Lauren Rigby of Salem; Jim Morgan of Sweet Home; Shelby Goodwin of Sweet Home; Ryan Pointer of Sweet Home and Chris Morgan and his wife, Kayla (Working) Morgan, of Keizer, along with numerous nieces and nephews, cousins and aunts and uncles.

Mrs. Morgan was preceded in death by her parents, Len and Sadie Pool.

In lieu of flowers, her family requests that donations be given to the missionaries supported by Faith Baptist Church, 3345 Cordon Road, Salem, OR 97305. 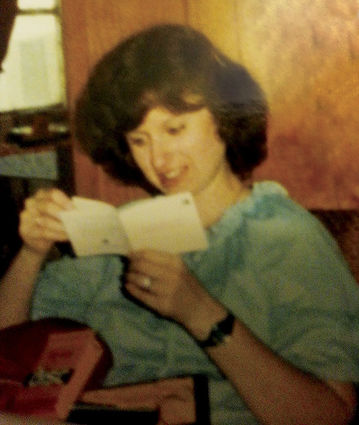 A memorial service is planned for 2 p.m. Saturday, June 19, at Faith Baptist Church. Following cremation, Mr. Morgan will take Mrs. Morgan's ashes to their new home, where she will rest in her new kitchen, the feature she loved most there.