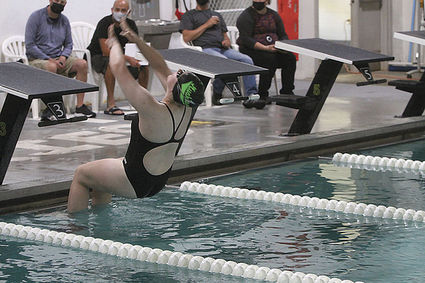 It was also Senior Day, in which the Huskies said goodbye to graduates Taryn Abbott, Hunter Calderwood, Chase Lopez, Olivia Martineau and Maren Weld, who were feeling the effects of the all-night SAFE party that ended shortly before the meet began. They received bouquets and the traditional team towel, given to departing seniors.

One of them, coming off a two-hour power nap, confided they all felt "a little sick" after a night of ham...