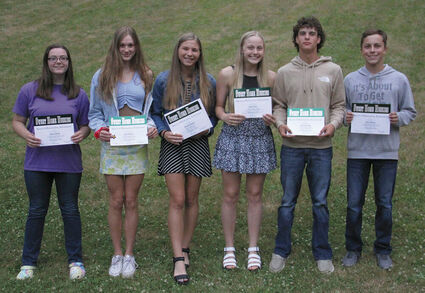 Multiple Huskies were recognized at the swim team's awards banquet at Community Chapel on Wednesday.

Micah Wright on the boys side, and Chloe Tyler and Malia Hewitt for the girls were named Outstanding Swimmers for the team. All are juniors.

Tyler was the state champion in the 200 Freestyle and the 100 Backstroke and a part of the 200 Medley Relay Team that took first as well.

Hewitt was a state champion in the 100 Breaststr...