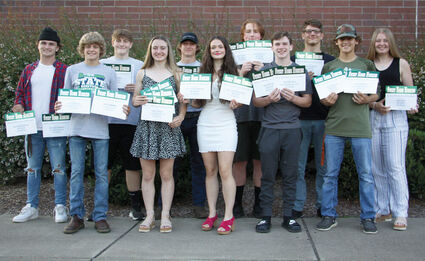 The 2½-hour event drew a large crowd to the Commons area at the high school, where Coach Steve Thorpe and his staff delivered awards to their wrestlers, along with plenty of commentary.

Thorpe noted "how special our awards banquet is; we don't do it like the others and I take a lot of pride in that."

He credited his team for not only winning the state team titl...