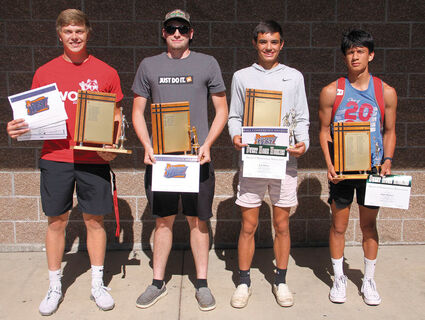 Players and coaches voted on the awards.

Recent graduates Hunter Coulter and Aiden Tyler both received MVP honors in addition to other distinctions. Coulter averaged 15 points per game and shot better than 50% from the field, despite getting "doubled almost every game," according to head coach Drew Emmert, who added, "He is one of the best scorers in the state," a statistic that landed the player on the 4A-3 Oregon West Conference All-League first team and made him a ru...