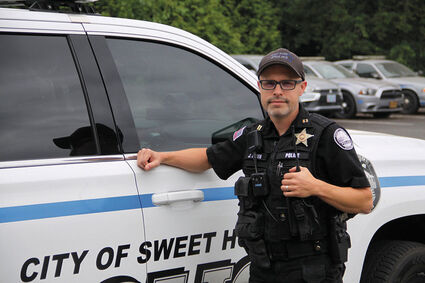 JASON OGDEN, who has been with Sweet Home Police Department for nearly two decades, has been promoted to captain, the first to hold that rank.

Jason Ogden, a near-24-year veteran of the Sweet Home Police Department, was promoted from sergeant to captain on Thursday, July 1.

"He's brought a lot to the table throughout his career," Police Chief Jeff Lynn said of Ogden. "I think it was a natural progression for him to be promoted and accept this type of position. I am excited to see what he will bring with his leadership ability and skill set, to continue pushing our department forward."

The captain position itself is new; historically, the department's structure included a chief and four sergeants, plus officers. Ogden's role is als...