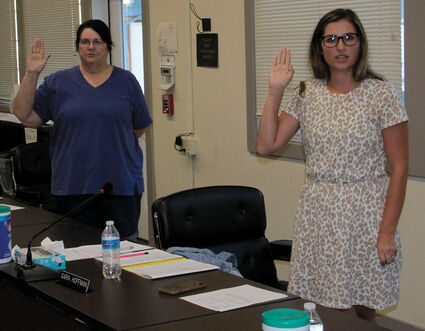 The Sweet Home School District's July 19 board meeting at the district office featured some new faces.

Recently elected school board members Janice Albert and Sara Hoffman took their oath of office at the meeting.

They and other board members also elected officers for the upcoming year, and the slate remained the same as it was the previous year, with Jason Redick elected as board chair, Mike Reynolds named vice chair, and Debra Brown chosen as Secretary.

In other board action, Supt. Tom Yahraes outlined the district's COVID protocol plans for the upcoming school year in response to the Or...