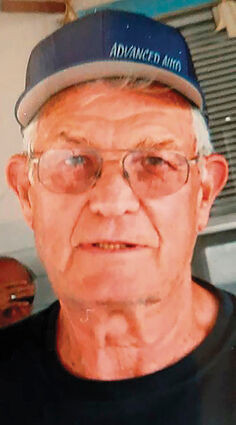 He was born Feb. 13, 1936, in Portland to Derrald Eugene and Ethel Irene (Holford) Wheeler.

His family lived in St. Helens, Avery and Yankton before moving to Sweet Home in the early 1950s.

Mr. Wheeler started working at Santiam Lumber Mill and quickly decided he did not like that so he started driving log truck – for Clark Betts, Lava Lake, Green Tree, Merle Reams, Mike Melcher and Haley Construction.

During the last 12 years he worked for Morse Bros. as a gravel truck and cement truck driver.

He met Carolyn Ross in 1963 at the Spring Drive Inn where she worked and they were married in 1964.

The Wheelers volunteered for about 15 years as campground hosts for the Oregon Jamboree. Mr. Wheeler was a lifetime member of the Sweet Home Elks.

He was thrilled when he was baptized into the Community of Christ Church at the age of 80.

Mr. Wheeler was always a hard worker and always had a project he was working on. Over the years he raised cows, pigs, sheep and trees. He always had a project to work on in his shop. He loved restoring old pickups, trucks, and tractors. His favorites were his 1948 Ford farm truck and his 1957 Kenworth log truck with an interchangeable lowboy trailer.

After retirement, he discovered the desert in Arizona and would spend his winters in Yuma, where he bought a Jeep and made numerous trips into the desert.

Memorial contributions can be made in his name to the American Diabetes Association or the Sweet Home Beautification Committee.