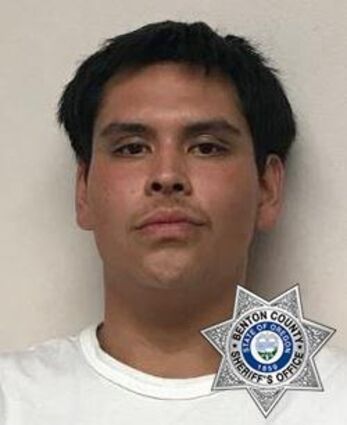 An Albany man was arrested Thursday, Aug. 5, as part of an ongoing investigation into a July 17 shooting in Corvallis, according to a news release.

Corvallis Police Department detectives arrested the suspect, 19-year-old Alexander Leal, who was subsequently lodged at the Benton County Jail on charges of attempted murder, first-and third-degree assault, unlawful use of a weapon, unlawful possession of a firearm and reckless endangering.

Shortly before 11 p.m. Saturday, July 17, Corvallis police officers responded to a report of a shooting in the 100 block of NW 15th St. Officers arrived on scene found an unidentified 22-year-old male with a gunshot wound. He was transported to the Good Samaritan Regional Medical Center with serious injuries. The suspect, or suspects, fled the scene prior to police arrival. Investigators learned the shooting occurred during a fight at a house party. No further information is currently available.

The investigation continues. Anyone with information related to the incident is asked to call Detective Pete Dunn at (541) 766-6924.