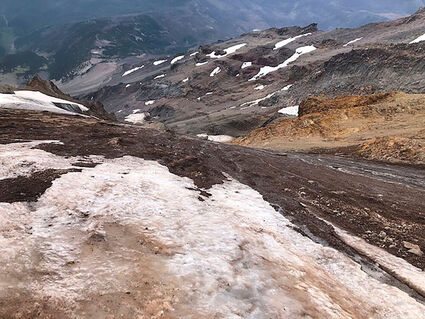 LINN COUNTY Sheriff's officials have suspended the search for a missing climber in this area on Mount Jefferson.

The Linn County Sheriff's Office has suspended the search for a missing climber on Mount Jefferson, according to a news release issued Thursday, July 29.

Steven Van Pelt, 33, of Salem, had been missing since after 11:30 a.m. Friday, July 23, when he fell during his descent down the 10,495-foot mountain in the Willamette National Forest. An eyewitness describes losing sight of Van Pelt after he fell several hundred feet.

Marion County Sheriff's Office received the initial information and started sending resources to the area to plan for a rescue.