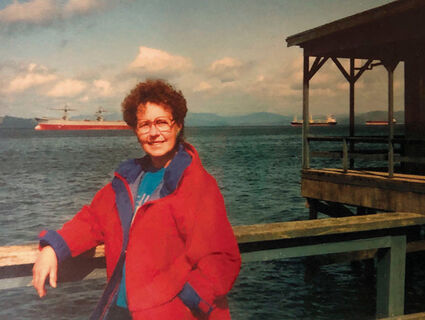 Beverly Noreen Kitchin, 88, passed peacefully April 26, 2021, with family at her side and cherry blossoms shimmering in Sweet Home's mid-morning sun.

She was born to Hugh and Helen Bailey in Bayview, on Aug. 27, 1932, at her grandmother's house as a summer moon shone over the coastlands she grew to cherish.

The Bailey family settled in Sweet Home in 1942, after years of moving between logging camps for Hugh's work.

Here, Bev thrived in friendships and school, graduating with honors and earning a scholarship to Northwest Nazarene College where she completed a Stenographers degree and enjoyed singing groups, playing violin, and cheerleading.

Before college, Bev met Lou Kitchin who was fresh out of the U.S. Navy.

"I loved him the first time I saw him," Bev would reminisce. Lou proposed her freshman year at Northwest Nazarene and they married the following July.

Eventually, settling in Portland where Lou grew up, they raised three kids, returning to Sweet Home in later years. Lou often described Bev's faithful devotion as "the glue" and "best thing that ever happened to him." They were married 63 years before Lou's passing in 2015.

While Bev was glad to make Lou her world, she consistently brought beauty into the worlds of others. With a poetic soul and heart bent toward heaven, she loved sharing simple joys with family and friends.

Whether walking side by side through fall leaves, talking over coffee, or sharing meals in a park, Bev's ears were open to the joys and sorrows of others. A listener eager for genuine conversation, her words enriched many, both spoken and written.

Bev loved to write letters. She had a knack for following up on conversations or news she'd heard through the grapevine with words that landed right on time. It was her relational superpower. All kinds of people have told about a letter tucked into a Bible or saved in a scrapbook because it meant so much. Better yet, her words are forever tucked into their hearts with the message, "you are seen, you are loved, keep pressing on."

Bev's writing ability went beyond letters. She wrote songs, poems, editorials. But her favorite was "Break Bread with Me," a column she contributed to Sweet Home's "The New Era" from 1977 to 1980.

In a final article Bev described this writing experience as being "like a weekly visit with a good and very dear friend."

In "Break Bread," Bev wrote about finding meaning in everyday life experiences that brought her closer to God. Her joy came full circle when readers wrote to her about their own everyday struggles and how her words helped them grow spiritually, too. For Bev, this was the next best thing to face to face friendship over coffee.

Bev didn't just use words, she was true to them. Genuine, diligent, caring, adventuresome. She lived fully in the light of day before God and people. With both hands open she gave her many talents to homemaking, executive administrative work, creative projects, gardening, hosting home fellowships, offering endless support and help to her kids and grandkids. Like sunrise, nobody had to wonder if Bev would show up.

If she were to read this, Bev would be quick to say her life was far from perfect. She had struggles and deep disappointments like everyone. But those who knew her can attest: when she was wrong she made it right and left a trail of clues on how to live.

Those who love and miss Bev are many including: sister, Sheila Kent; sons Ron and Greg, daughter Liz (and husband Rob Dugger); grandchildren Josh, Jessica (Jeff), Vanessa, Ali (Chris), Robbie, Libby (Corey), and Jonathan; great-grandchildren; and too many nieces, nephews and friends to name.

Though Bev is deeply missed, her family knows she is safe in the presence of God, surrounded by those she longed to see again. They can almost imagine seeing them all in heaven, standing in a circle holding hands as they did at the end of family gatherings through many years.

But this time, instead of singing to each other, they're looking down singing to those they love on earth:

"God be with you 'til we meet again, 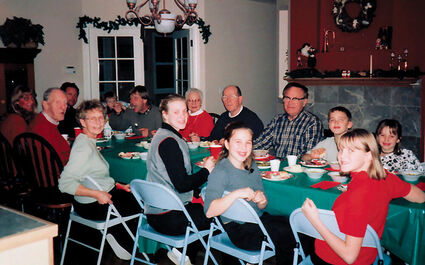 By His counsels guide, uphold you,

With His sheep securely fold you,

(Excerpt from "God Be With You Til We Meet Again"