Student wins 'If I Were Mayor' contest 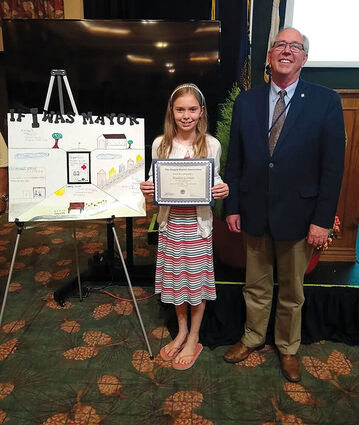 MADALYN COLEMAN, a 10-year-old graduate of the Enlightium Academy Home School, poses with her winning division entry in the "If I Were Mayor ... " contest at the Oregon Mayors Association conference in North Bend.

For a 10-year-old, Madalyn Coleman has had a lot of exposure to politics, being the youngest daughter of a Sweet Home city councilwoman and former state legislative assistant.

Oh, and her dad's a local pastor.

But she didn't really know quite what to expect when she attended the Oregon Mayors Association conference last week in North Bend.

... " civic awareness contest, but there was another surprise waiting for her.

Madi, as she is called by her close associates, finished fifth grade this year t...