Crash at 12th and Main 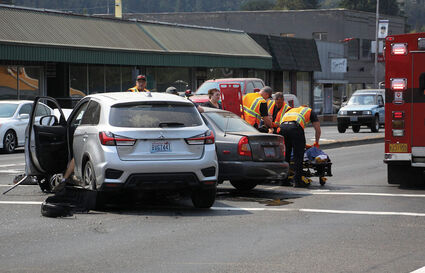 POLICE AND FIRE personnel responded early Thursday afternoon, Aug. 12, to a crash at the corner of 12th Avenue and Main Street. According to police, Daniel Ferguson, 27, was the operator in a 2020 Mitsubishi Outlander that ran into a 2000 Hyundai Accent, operated by Gracie Furst, 17, at 12:56 p.m. Furst was transported to the hospital. According to witnesses, Ferguson ran the red light at the intersection of 12th and Main, hitting Furst's driver side door.