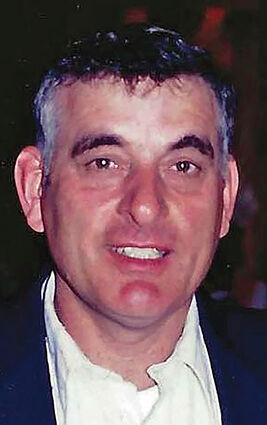 Roger Lee Dorsey of Brownsville, peacefully passed away in his sleep on the evening of Aug. 8, 2021. He was 80 years old.

While stationed in Tacoma, Wash., in the Air Force, he fell in love with the West Coast and wanted to live in the Northwest.

He was honorably discharged in 1963. He married Marie Martin Coral and adopted her daughter, Faith Ann, in 1963 in Syracuse, N.Y.

They then moved to Noti. While living in Noti they had three children, Nanette, Walter and Ken.

Roger was also a large part of building the Noti Fire Station and became the fire chief of the Elmira-Noti Fire Department.

Roger and Marie danced with the Route F Twirlers while they lived in Noti. Roger received his associate’s degree from Lane Community College in maintenance when he became a millwright.

The family moved to Brownsville in 1976 so Roger could be closer to his work, the paper mill in Halsey.

After a short break, he joined the Brownsville Fire Department where he moved up the ranks and became fire chief.

While in Brownsville he was active not only with the Fire Department, but also the Sweet Home Squarenaders, the Pioneer Picnic and pitching horseshoes.

He was preceded in death by his father and mother, Murrel and VeElda (Trout) Dorsey; his sister, Muriel Evelyn; and his brothers, William, Carl and Charles Dorsey.

A private graveside service will be held at Sailor Pioneer Cemetery in Noti.