From trial-and-error to master gardener 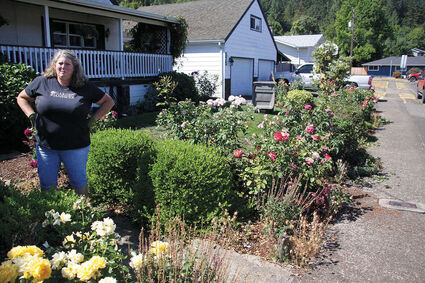 Gardening has always been part of Brenda Winslow's life, but it's taken more priority in recent years, as she's become a Linn County Master Gardener.

"I would be out in the yard with my mom, working on the garden when I was a little girl," said Winslow, now 58. "Weeding under protest."

Two years after she and Keith Winslow were married, they bought the house she now lives in, next to Oak Heights School on Elm Street, where Keith eventually became principal.

"I had half an acre to do whatever I wanted, so I just started experimenting," Brenda said. "Little by little.