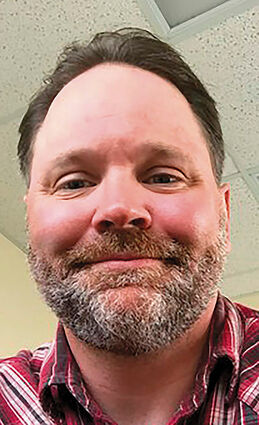 He took his own life. This is meant to honor him and to let other parents and families that are faced with this tragedy know you are not alone.

Justin struggled from his teen years with depression. He battled with every ounce of strength he had and he beat it back with a vengeance.

He graduated from Southern Oregon University with honors, which we only became aware of when he received a letter at the family home from the dean of SOU congratulating him. Typical Justin, he said he knew about it but "no reason to make a big deal out of it."

He went off to San Diego for 18 years and pursued a career in videography that included work for the CBS news affiliate and PBS and the San Diego sports network.

He won three Emmys for his documentary work with PBS and a lasting friendship with his producers that endures to this day. He was above the average in his work.

He never got over being homesick for Oregon and his adopted hometown of Bend.

He returned to Bend. His lifelong battle with depression continued until one day, a world that he couldn't make sense of, a world where his pain was not going to be healed by medicines or doctors or therapists or even faith, overwhelmed him and he left us.

He is survived by his mother, Rintha; bro-ther John and sister Heidi.

His father Richard passed away in 2017.

His heartbroken family members are still trying to imagine a life without his joy, his kindness, and his presence and it is impossible.

We can never be angry because he didn't stay just so we wouldn't feel the pain of losing him. We can only feel the unbelievable sadness of never listening to his jokes, seeing his handsome smile or just taking a quiet walk.

The death of a child is devastating to any parent but, there is a stigma attached to a death by your own hand. There should not be. Justin, like so many fought this invisible monster until he could no longer fight. We all face a place where day to day life can be overwhelming and for some, like our beloved son and brother, that internal pain can come to a tragic end.

We will miss him, love him and honor him.

Justin's Celebration of Life will be held in Bend at 1 p.m. Saturday, Sept. 25, at the Unitarian Universalist Fellowship, 61980 Skyline Ranch Road. (Note that the venue and date have changed.) A catered reception will follow the service.

Please join us in this celebration.