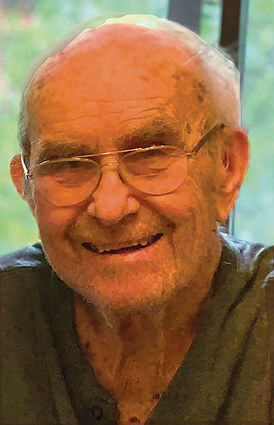 He was born on May 17, 1925 to James S. and Ezma Wallace in Borden, Saskatchewan, Canada. Lee was the fourth oldest in the family of six children. He had a gift for music and learned to play the piano by ear.

As a young man, Lee became a Christian - he was saved by the grace of God and he wanted to follow the teachings in the Bible and to share the story of God's love and salvation through Jesus Christ. Lee did his best to live his life according to God's will, and in prayer he would often ask God to help all of us to do this.

Lee studied education at Seattle Pacific College. There he met Olive Torgrimson, who was also studying to become an educator. Lee and Olive were married in 1953 and later they taught at the same school. In August of 1956, Lee earned a master's degree in education.

They had three daughters, ages 1, 2, and 3, when they moved to Alaska, where Lee taught school.

Their fourth child, a son, was born in Alaska. They moved back to Seattle where their fifth child, a daughter, was born. They moved to Randall, Wash., and both taught at the same school there.

In 1965, they moved to Camarillo, Calif., where Lee taught at El Descanso and Olive taught at Las Posas. Subsequently, Lee worked as a technical writer, as a Realtor, and as tri-county coordinator for Operation Mainstream, helping people get jobs through on-the-job training.

He had a sign on his desk that said, "I can't solve all your problems but l know Someone who can."

They stayed in Camarillo for over 20 years. The family enjoyed gardening, camping, hiking, bike-riding, and making music together. Olive taught various grades at the elementary school and Lee was the owner-operator of a landscape maintenance business until 1988, when he and Olive retired. In 1989, they moved to Oregon.

They lived in Roseburg for two years, then moved to Sweet Home in 1991.

In Oregon, Lee and Olive worked together as volunteers to deliver Meals On Wheels to seniors. Lee also visited and played the piano for residents of a retirement home.