Huskies have numbers and skills as they enter football season 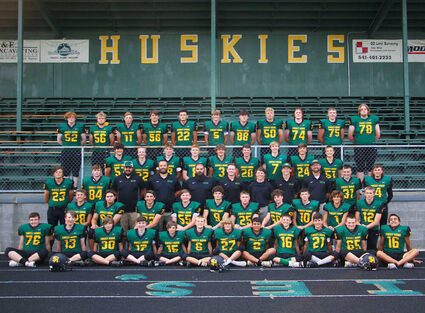 New Head Coach Ryan Adams and his Sweet Home football team should find out pretty quickly where they stand in the state 4A competition as they open against Marist this Friday, Sept. 3.

But with a roster of 56 players – up from 38 who started last spring's abbreviated season – the Huskies look to be competitive, numbers-wise.

"Right now, I'm excited, personally," said Adams, who was named to the position after six years as an assistant, when former Coach Dustin Nichol stepped down after 11 years at the helm. "We have a pretty decent number of juniors and freshmen. It's been good so far....