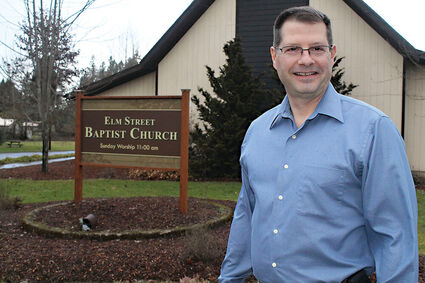 Craig Anderson in Sweet Home, where he pastors at Elm Street Baptist Church.

Army Major Craig Anderson was in a meeting on the morning of Sept. 11, 2001 in the high-rise office complex where he worked, in Falls Church, Va., when his world changed.

His boss, though, in an upstairs office, looked out his window and saw a passenger jet approaching – frighteningly close, at about 9:45 a.m.

"He thought it was going to hit the building," recalled Anderson, now 56, who has lived in Sweet Home since 2014, when he became a pastor at Elm Street Baptist Church. "He dove under his desk. It went right by his window."

Anderson returned to his office, where he worked for the...