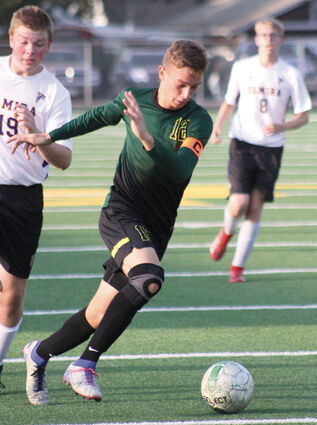 Caleb Christman takes the ball away from an Elmira defender during the Huskies' win. To see more photos, visit sweethomenews.com.

"The kids were over the moon. They were elated to get the win," Head Coach Eric Stutzer said.

Junior midfielder Caleb Christman scored a goal to put the Huskies up 1-0 going into halftime. Shortly into the second half, Elmira scored an equalizer to bring the game to 1-1.