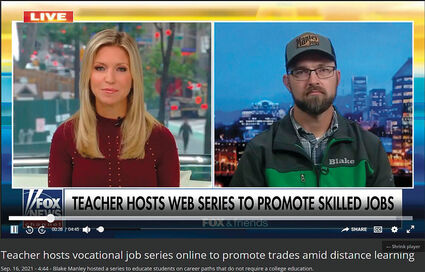 It appears that "Manley Jobs," the YouTube series launched a year ago by Sweet Home High School forestry and natural resources teacher Blake Manley and editor Ramil Malabago, has, as they say, gone viral.

The videos had already garnered quite a bit of attention in the last few months, as its main channel's nearly 4,000 subscribers and log-truck-driving episode's 370,000-plus collective views can attest.

But they received considerably more exposure last week when Manley made two TV appearances highlighting the series, which educates students on career paths that don't require a college educa...