Girls tie Stayton after struggling against Sisters in soccer 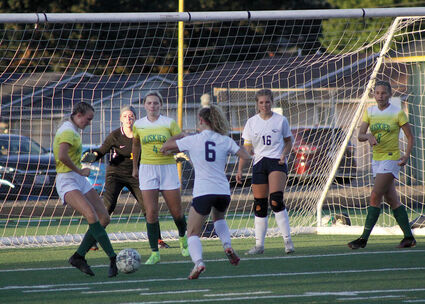 Chloe Fairchild, left, clears the ball from the Huskies' goal against Stayton.

Sweet Home girls soccer struggled against Sisters on the road, losing 6-0, but came back nicely two days later by earning a 0-0 tie at home versus Stayton, a team they had lost twice to last season, by scores of 5-0 and 2-1.

"They've got a pretty fast team," he said of Sisters. "But our passing got better in the game."

He noted that his girls struggled with fatigue.

"They wore us out on the grass field, which is a surface we're not used to playing on," he said. "It was like p...