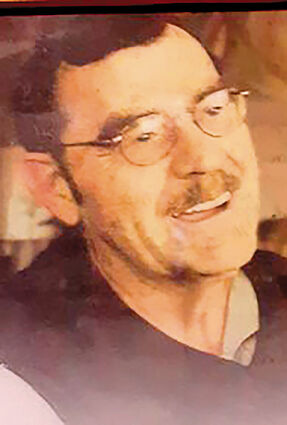 Jerome Jordan "Jerry" Hotchkiss, 79, a former Sweet Home resident, died peacefully in his sleep Aug. 21, 2021, at his home in Brooks. He previously had resided in Sweet Home, Oregon.

He graduated in 1959 from Jefferson High School in Portland.

He worked for SP&S Railroad as a telegrapher and then went into the grocery business with Fred Meyer Inc., where he worked his way up to store management. He also owned and managed his own grocery stores in King City and Silverton.

Mr. Hotchkiss loved fishing and hunting with his family, gardening, and being a true Christian. He could never say no when asked for a handout or a hand up. Many of his grocery customers can attest to his generosity and concern when they were down and out.

Alcohol had been his Achilles heel in his young adult life, and in the late 1970s, after he had an experience with Jesus, he swore off alcohol, and was a teetotaler for the rest of his years.

In 2007 he married his beloved Carole, who brought him great joy and support, especially during the last few years of his failing health.

Mr. Hotchkiss was preceded in death by his parents; his brother, Robert Michael Hotchkiss; and daughter-in-law Kris Hotchkiss.

A Celebration of Life will be held at 1 p.m. on Oct. 15 at Willamette National Cemetery, 11800 SE Mt. Scott Blvd., Happy Valley. A reception will follow.

In lieu of flowers, the family asks that contributions in honor of Mr. Hotchkiss be made to Alcoholics Anonymous, 845 6th Ave., Sweet Home, OR, 97386.