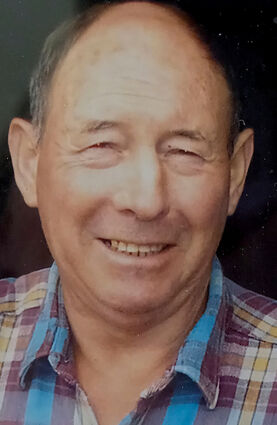 He was born Jan. 28, 1943, in Grants Pass to Archie and Iola (Fields) Ivie, one among five other brothers and one sister.

Mr. Ivie served in the United States Army and the National Guard; he was honorably discharged.

He married Kathleen Breckenridge and together they had four children.

For love of the woods, Mr. Ivie spent much of his life in the wood products industry. He was a logger, heavy equipment operator and mechanic. He also was a successful mill builder and operator. Later, he became a road builder for 15 years with Eco-Systems Management and Resources in Rathdrum, Idaho.

In 2001, Mr. Ivie moved to Valley, Wash., with his new wife, Annette Marroquin-Ivie, where he settled off grid, setting up his own private mill, and building a new home with logs from his own property.

In 2014, he became a born-again Christian. He liked attending Bible studies and was baptized during a Shield-Of-Faith Missionary Conference in Deer Park, Wash. His new-found faith was a testimony to many friends and it changed the life of some. Mr. Ivie was a good man and a devoted husband. He worked hard and was respected.

Memorial contributions can be made in his name to the American Parkinson Disease Association.