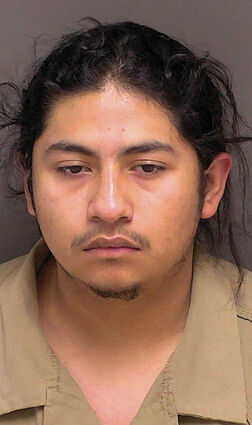 Albany Police detectives have arrested a second man in connection with the Oct. 10 shooting death of Joshua Johnston-Partain at Timber Linn Park in Albany.

Abel Sanchez-Anaya, 18, was arrested Wednesday, Oct. 20, in the Halsey area after detectives learned that he was present when Johnston-Partain was killed, police said.

Detectives arrested him without incident and he was lodged in the Linn County Jail on a second-degree murder charge, police said.

Johnston-Partain was fatally shot multiple times with a firearm in the parking lot at Timber Linn Park.