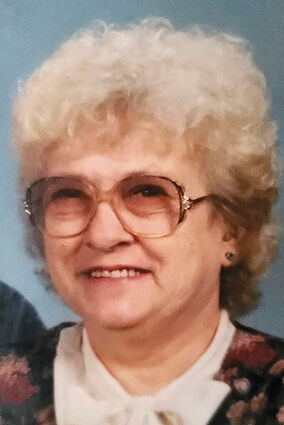 She was born June 27, 1941 in Battlecreek, Mich., to Alfred Ebert and Jean Elise (Vanmiddlesworth) Bates.

She was part of a military family as a child and they moved around the country and overseas to different Army installations, to include Germany and Japan.

While in Germany, she was part of both equestrian and marksmen clubs, and won numerous awards. In 1957 she again moved with her family to Fort Polk, La., and lived in DeRidder, La., where she met her future husband Ed Volkers Sr. while attending DeRidder High School.

She continued her studies and played on the woman's varsity basketball team. She graduated in June 1959. After graduation, she and Ed traveled to Terre Haute, Ind., where they were married on her birthday June 27, 1959.

The couple traveled to Oregon where they have resided since. She worked at various jobs through the years, from waitressing, to cannery work, she was also co-owner of Ed's CB Sales, Video Trak, and The Frontier Restaurant and Lounge. She was a member of St. Helen Catholic Church.

Her hobbies included reading, traveling, baseball (which she loved and was an avid Chicago Cubs fan), going to the casinos, and gardening. She enjoyed being with her family and friends and was always available to help others when needed.

She was preceded in death by her husband of 62 years, Ed Volkers Sr.; both parents; and brothers Jerry Ebert of Arizona and James Wagner of Georgia.

A Rosary service will be held at 10:30 a.m. Saturday, Nov. 20, at St. Helen Catholic Church in Sweet Home, followed by a funeral Mass at 11 a.m., and then a reception for family and friends in the church hall.

In lieu of flowers, contributions can be made in Patricia's name to St. Helen Catholic Church or the charity of choice.