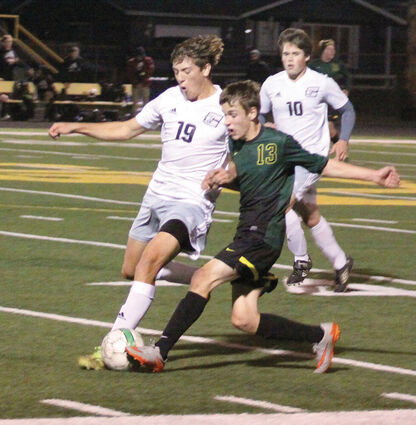 Sweet Home boys soccer fell to Cascade twice last week, losing 2-0 at home and 3-1 on the road. Between the battles with Cascade, they lost to a Stayton team ranked No. 2 in the state, 8-0. Then on Monday, Oct. 25, in their season finale, the Huskies fell at home to Newport 5-1.

The first match against Cascade was "a really good game," said Head Coach Eric Stutzer. "I honestly felt like we should have come away with a win there."

The coach said his team had 15 to 20 opportunities in the second half in front of their opponent's goal, but failed to capitalize.