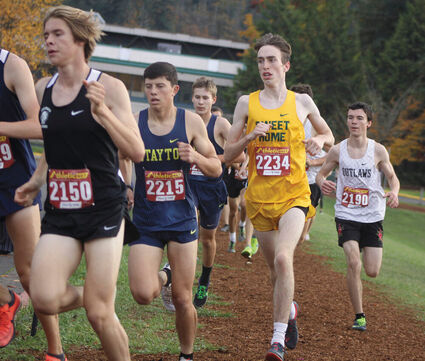 Senior Nate Coleman was named Most Valuable Runner for the cross-country team at the Huskies' awards night Sept. 8.

Best Newcomer was sophomore Lydia Wright, who made significant progress despite running alone on the girls side for much of the season.

Kyle Watkins, who joined the team as a senior midway through the season, was named Most Improved, and Aiden Shamek received the Congeniality Award.

It was a turbulent year for the Huskies, who had a coaching change in the last month of the season and who had to deal with sickness, injuries and a severe lack of runners, to the point that for...