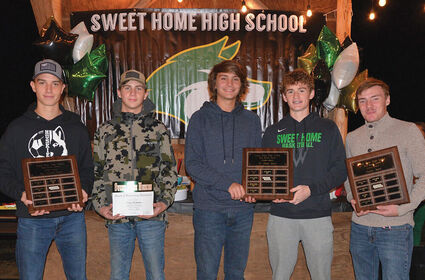 Award winners were selected through "a conglomeration of input" from people associated with the program, according to head coach Eric Stutzer.

Junior Caleb Christman was named team MVP. As its captain, he scored four goals and had eight assists on the season, playing a part in all but one of the team's 13 goals this year. Mostly, he played midfield and forward, but also contributed defensively.

"Teams were having to watch him," Stutzer...