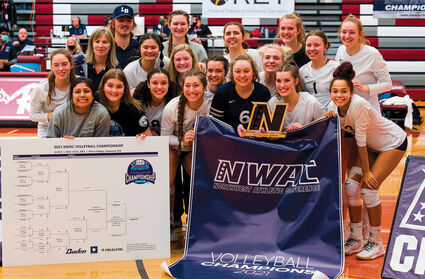 Three former Sweet Home volleyball players from last season's squad which delivered the Huskies their first-ever state volleyball championship, were back at it over the weekend as Linn-Benton Community College won its first-ever Northwest Athletic Conference championship victory in any women's sport.

The game put the finishing touches on a dominant year for t...