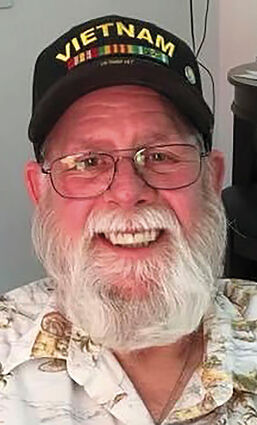 He was drafted into the United States Army in March of 1969. He trained at Ft. Ord, Calif. He arrived in Vietnam Dec. 4, 1969, where he served in the Army's 25th Division, 2-14 Infantry, First Platoon, Alpha Company in Cu Chi and Dau Tieng in the Ho Bo Woods, where he walked point for some seven months through an area he later discovered was the most heavily booby-trapped in southern Vietnam.

Ric was injured by shrapnel and discharged in 1970 after receiving two Purple Hearts and a Bronze Star, as well as three Army commendations, two with a "V" device for valor, and three air medals, each recognizing 25 hours logged aboard a helicopter. He arrived home Nov. 11, 1970.

In his younger years he lived in "the Valley" in Southern California, settling in Garden Grove. After Ric married Sue, they moved to Stanton, Calif. In 1976 he moved his family to Oregon, living in Eugene, Brownsville and finally settling in Sweet Home in October 1984.

Ric was a member of the Boy Scouts of America, Military Order of the Purple Heart, Vietnam Veterans of America, VFW, Voyers American Legion.

He enjoyed hunting, fishing and was instrumental in the creation of a fishing pond for veterans, which included a 52-foot-long, 8-foot-wide fishing dock.

Viewing will be from 4 to 6 p.m. Wednesday, Dec. 1, at Sweet Home Funeral Chapel.