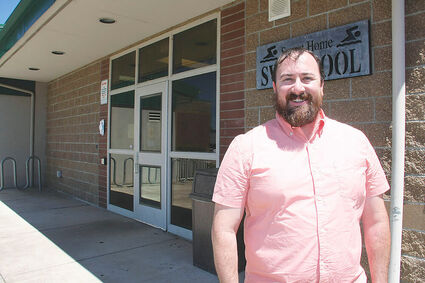 A. Jay Bronson brings college swimming experience as he takes over head coaching duties for the Huskies.

A. Jay Bronson isn't a stranger to Sweet Home swimming by any means.

He's been the school district's swimming pool supervisor since the summer of 2018, and he's assisted Coach Doug Peargin with the high school team for the past two years.

Now, though, for the first time in 48 years, Bronson is listed as head coach of the Huskies, with Peargin as his assistant.

And that's just fine with Peargin, who spoke to a reporter after spending the morning bow-hunting.

"I could never do that when I was head coach," he said. "I went to (Athletic Director Dan Tow) and I said, 'I want to flip it over...