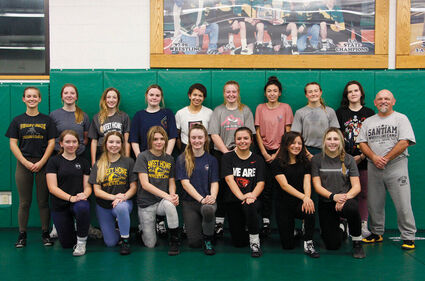 One thing is certain, going into this year's wrestling season: Sweet Home's girls program is on a significant upward trajectory – size-wise, at the very least.

But if last year was any indication, the girls are following the footsteps of the boys in success on the mat as well.

Last year the Huskies, who numbered five wrestlers, finished second behind 5A-Division Thurston, which had 21 members.