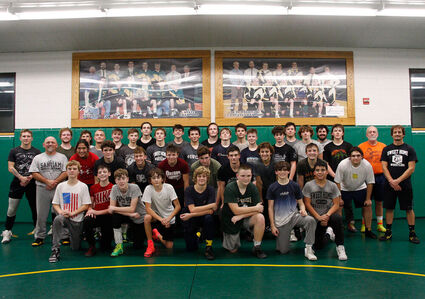 One thing will be clear as Sweet Home's boys take the wrestling mat this season: the Huskies won't be sneaking up on anyone.

Not in the 4A Division, anyway, after they won their ninth state team title behind four individual championships

That was then. This is now, and despite the absence of two top finishers who won't be on the mat, the Huskies return defending state champions Jacob Sieminski, a junior, and Kyle Sieminski, a sophomore to lead the quest for another title.

"We came off a year when things weren't normal and we worked very hard to do what we did and accomplish what we accomp...