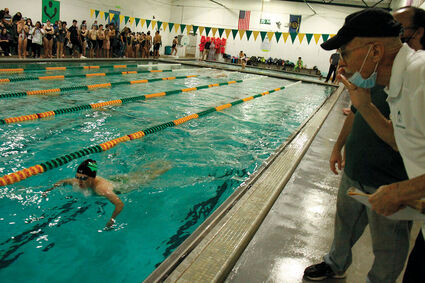 Sweet Home's swimmers showed their depth, at least on the girls side, and turned in some quality times Friday as they hosted Marist, Salem Academy and St. Mary's (Medford).

"They swam really well," said Coach A Jay Bronson. "I'm happy with where we are at this point in the season."

The Huskies were missing four of their eight boys, which "kinda killed us there," Bronson said.

But, he added, freshman RJ Abbott had a good meet, along with seniors Malia Hewitt and Isabel Sayer.

Abbott won the 200 Individual Medley and the 100 Butterfly for the boys, who placed third behind Marist and St. Mar...